Are you ready for one of the biggest and most exciting football events of the year? The 2023 FIFA Women’s World Cup will be held in Australia and New Zealand marking the first time the tournament will be held in the Southern Hemisphere. You can expect high-quality games from 32 of the world’s best teams. 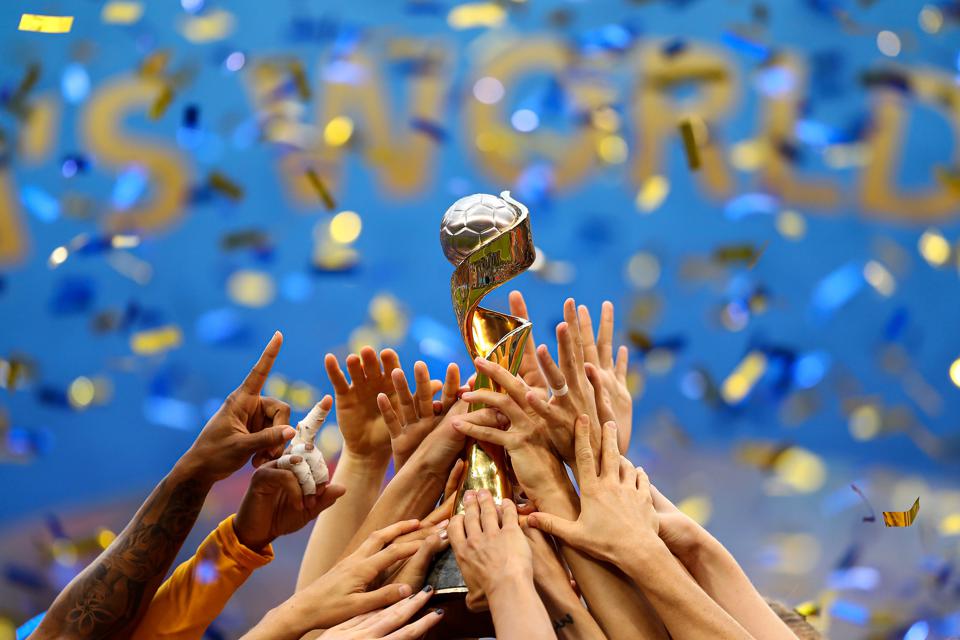 For this reason, we’ve put together the following article to cover everything you need to know about the 2023 FIFA Women’s World Cup, including the start dates, participating teams, and venues.

The 2023 FIFA Women’s World Cup will start on July 20th and run till August 20th this year. It will be held in Australia and New Zealand. For history lovers, this will be the first time the Women’s World Cup is held in this part of the world.

Their bid was analyzed based on various factors, including infrastructure, government support, and the ability to host a successful tournament. But in the end, Australia and New Zealand’s bid was preferred over Colombia’s bid.

It also helped that both countries had a good network of infrastructure and track record of hosting successful sports events. Besides, the two countries’ proximity made it easier for teams, officials, media and fans to move between venues and minimized travel time.

The joint bid also highlighted the shared culture and values of the two countries and the capability to provide high-quality services, accommodation and security for the event. It also stressed the tournament’s importance in supporting women’s football growth and promoting gender equality.

The matches will be played across 10 different venues in the two countries. However, the all-important final game will be held at Sydney’s iconic Stadium in Australia. This beautiful, modern, and spacious stadium has a capacity of over 80,000. It will provide a fitting backdrop for the biggest match of the tournament.

Located in Sydney, Stadium Australia is known for hosting several important events, including the 2000 Summer Olympics and the 2003 Women’s World Cup. The state-of-the-art facility features excellent views and amenities, making it a great place to watch the final match of the Women’s World Cup 2023.

Another mouth-watering stadium to look out for is the Eden Park in Auckland, New Zealand. This stadium is one of the most iconic sports venues in the country and has a rich history of hosting some of the biggest sporting events in the region. With a capacity of over 50,000 people, Eden Park is set to be one of the main hubs of the tournament, hosting several important matches, including the final.

Built in 1900, Eden Park has undergone several renovations over the years to make it one of the most modern and well-equipped stadiums in the world. The most recent renovation in 2010 gave the stadium a new look and feel, with improved facilities for players and fans alike. The venue is equipped with state-of-the-art lighting and drainage systems, making it the perfect place for top-level football matches.

All the matches will take place in pretty favorable time zones for most fans, thus making it easy for fans around the world to tune in and watch the action live. The tournament promises to be an exciting and memorable event that brings the best female football players worldwide together to compete for the top prize.

For most people looking to catch up with the happenings at Australia & New Zealand 2023 Women’s World Cup, where to watch  the competition could come as a major concern. This is because not many can afford to pay the fees charged by cable services and as such would prefer a cheaper alternative.

If you are one of those living in the UK, U.S or Canada who can’t afford the ridiculous subscription fees of these cable platforms and would rather save cost, then you are in luck. In this section of this article, we will be looking at affordable streaming platforms that offer Australia and New Zealand 2023 events in the UK, U.S, and Canada.

How To Watch Women’s World Cup From UK

For the UK, most of the platforms that are authorized to show Women’s World Cup games are not affordable. However, the most accessible and affordable option in the UK is BBC iPlayer.

The BBC iPlayer is a popular streaming platform in the UK, that offers registered users a range of viewing services, ranging from TV Shows to Sports events. Thankfully, it is also projected to show the prospective Women’s World Cup games as well.

To have access to the platforms’ numerous services, all you have to do is sign up. Signing up takes less than five minutes and requires no charge from you. Once your account is open, you can simply optimize the search icon to find the Women’s World Cup games that you would like to watch.

One impressive feature of this platform is that it allows you to connect to TV devices. This would come in handy if you are looking to view from a larger screen as opposed to your mobile devices. To connect to a TV, it is advisable to check the site’s specifications for supported TV devices.

How To Watch Women’s World Cup From USA

If you are in the U.S, there are a truckload of  affordable streaming sites that offer viewership of Women’s World Cup Games.

Fox Sports is the most popular option you can find around as far as affordable streaming platforms in the U.S is concerned. This platform has always been the go-to option for sports enthusiasts in the U.S looking to watch their favourite games.

Gladly, the Women’s World Cup is also on the offer for events that would be available at Fox Sports. While it is free to download the app, to get access to the games, you are expected to pay for a monthly subscription. The monthly subscription that allows you to stream the Women’s World Cup games is about $50, which is very affordable when compared to cable charges in the U.S.

Peacock TV is a popular live streaming service in the U.S that offers a range of services from news, tv shows to sports. This streaming platform also has the Australia and New Zealand 2023 Women’s World Cup events on its offer.

To get access to the platform, you are expected to download the app and sign up. This app is only available to those resident in the U.S. As it is the case with Fox Sports, you will be required to pay a subscription charge to be able to get access to the Women’s World Cup events available.

This is one Live TV service that’s renowned for providing one of the best streaming services in the US. The Fubo TV comes with a range of subscription packages that you can explore. However, the most affordable is the Starter which charges you $64. With the Starter package, you can have access to all of the Women’s World Cup games.

Hulu is a popular TV streaming platform that’s subscription-based. Though it is more popular for airing TV shows, it also allows you to have access to sports channels like Fox which makes it possible to watch the Women’s World Cup.

To get access to the diverse range of channels available on this platform, you will be required to pay $64 per month. It is very much worth it because it allows you access to 75 channels, including sports channels.

How To Watch Women’s World Cup From Canada

If you are in Canada, your best bet to watch live Women’s World Cup 2023 games is via the fifa website. Most of the options available in Canada are cable-based options. However, by watching on the rwc website, you can have access to Women’s World Cup games from anywhere.

The most exciting thing about watching via this means is that it requires no charge from you. All you simply have to do is sign in and navigate through the Women’s World Cup games for the one you would like to watch.

If you are a resident in any of the three countries discussed above, we want to believe this section is exhaustive enough in covering all the options you have to stream the Women’s World Cup games without cable.

Fubotv have UNIVERSAL NBC access, you need To sign up for a seven-day free trial, that is in FuboTV home page. Create a trial account and enter your zip code to ensure you get access to UNIVERSAL NBC channels in your area & start free Women’s World cup semifinals live stream here.

Who Qualified For The 2023 FIFA Women’s World Cup?

There are still 3 teams yet to qualify, including the play-off group A winner, Play-off Group B winner and Playoff Group C winner. Nonetheless, The tournament will feature 32 teams from six confederations, marking the most in its history. This expanded field means that more teams than ever before will have the chance to compete for the title of world champion.

The FIFA Women’s World Cup qualification process usually begins a couple of years before the tournament. It involves teams from all over the world, pitched to compete in a series of regional and inter-regional tournaments to earn a spot in the finals.

In Europe, the teams are split into several groups and play a round-robin tournament, with the top teams from each group moving on to the next round of qualification.

Asia, teams are split into groups and play a round-robin tournament, with the top teams moving on to the next qualification round.

The CONCACAF region, which comprises North and Central America and the Caribbean countries, a combination of group and knockout matches are used to determine which teams will qualify for the World Cup.

In Africa, teams play each other in knockout matches to determine which teams will qualify for the World Cup.

South America, teams play each other in a round-robin tournament to determine which teams will qualify for the World Cup.

You should know that host nations automatically qualify for the tournament. Because Australia and New Zealand are the host nation for the 2023 world cup, the teams from these countries don’t have to go through the qualifying process.

The 2023 FIFA Women’s World Cup promises to be an exciting tournament. With 32 teams from across the globe battling it out for gold,  the tournament is perfectly set to showcase some of the best football talents in the world.

We’ve already seen the progress that’s been made in women’s soccer in recent years, and this tournament is sure to take it to new heights. Besides, it’s a great opportunity for fans to see the world’s best players and teams compete at the highest level.