The 2022 FIFA World Cup will be held in the beautiful country of Qatar. A total of 64 matches of the tournament will be played over the 28-day period at the eight stadiums across the country. The kickoff will start on November 21 and will end on December 18, 2022, with 32 teams competing in eight groups.

The host country ensured the governing body of football that they are match-ready and everything will run smoothly. Eight stadiums have been either put up specifically for this event or have been refurbished to meet FIFA’s strict standard. These venues can accommodate football fans comfortably. Moreover, each location guarantees that visitors will have a place to stay or will have other options every after match day.

What are the stadiums in Qatar that will host the 2022 FIFA World Cup?

There are a total of eight football stadiums for this international football event. Each stadium has its own unique characteristics and specifications. 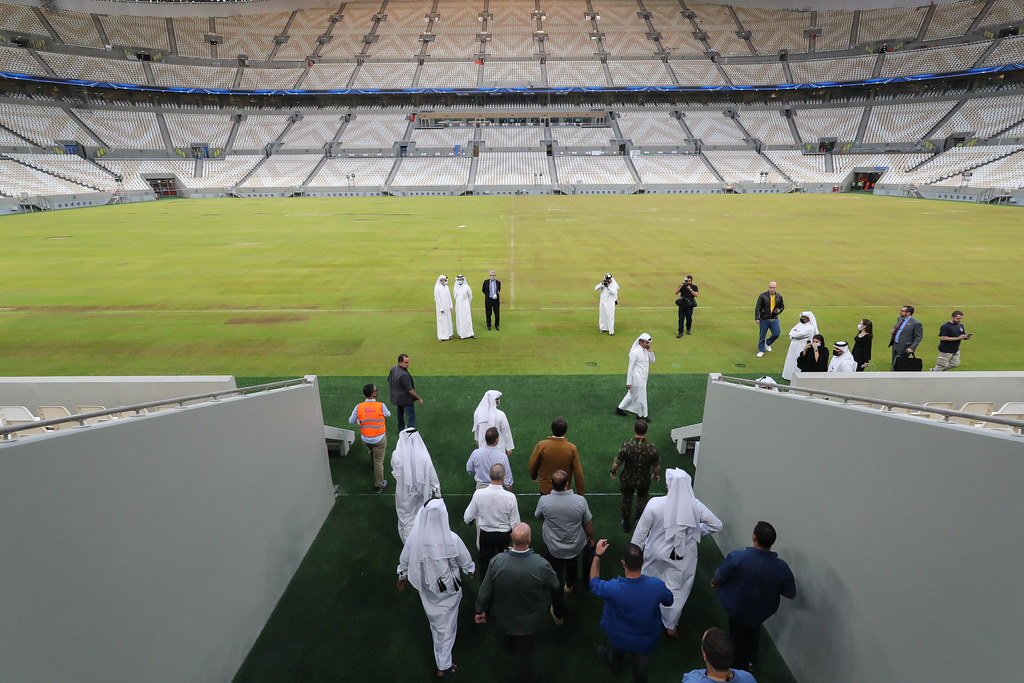 The Lusail Stadium. This football-specific stadium will host the opening and the closing ceremony.1 It will be the venue for several matches up to the final game. This stadium can accommodate up to 80,000 football fans. Lusail Iconic Stadium as it is also called is the largest stadium in terms of capacity at the very first FIFA World Cup hosted in the Gulf. 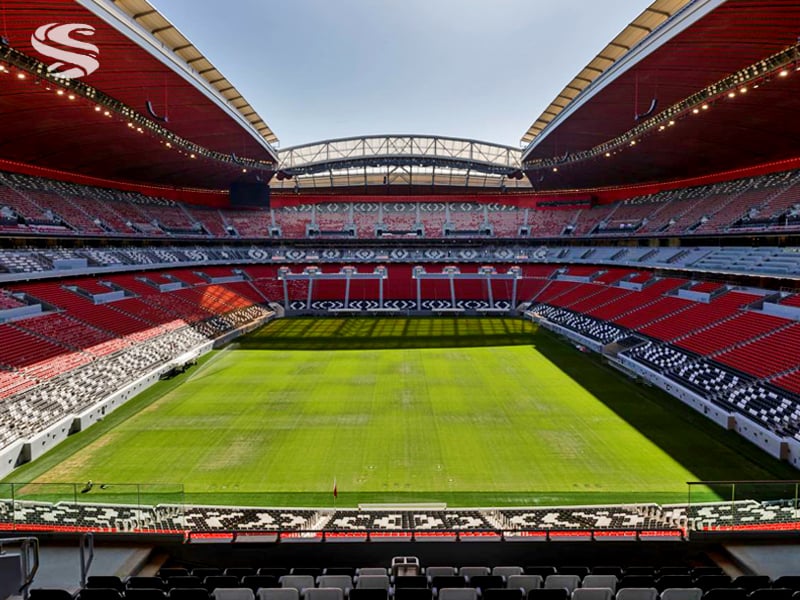 The Al Bayt Stadium shows Qatar’s penchant for ingenuity, efficiency, and sustainability. The entire structure is covered by a huge tent and has a retractable roof. It came from the word bayt al sha’arwhich is a tent used by the nomadic people in Qatar and in the entire region. It has a capacity of 40,000 football fans. The entire area can park more than 1000 taxis and water taxis. Its onsite parking area can accommodate up to 350 buses and 6000 cars. 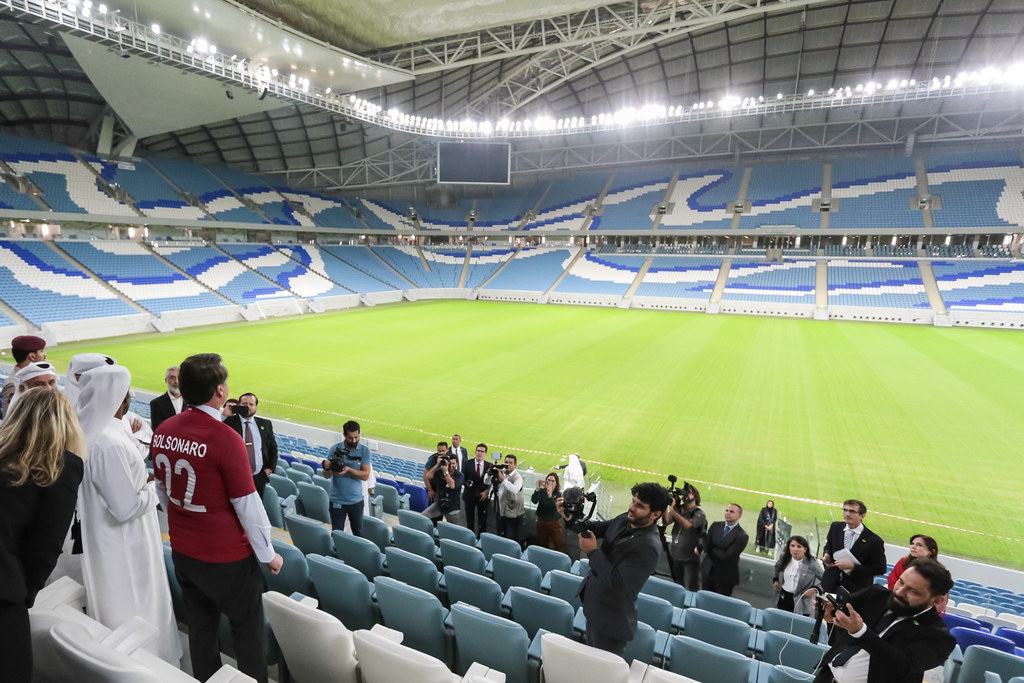 The Al Janoub Stadium, formerly known as the Al-Wakrah Stadium, is a traditional dhow boat-shaped venue that will host several football matches.2 Zaha Hadid took inspiration to the design of the dhow boats which are abundant in the Gulf Region. The 40,000-seater stadium combines the traditional look of the boat with the futuristic shape of the arena. 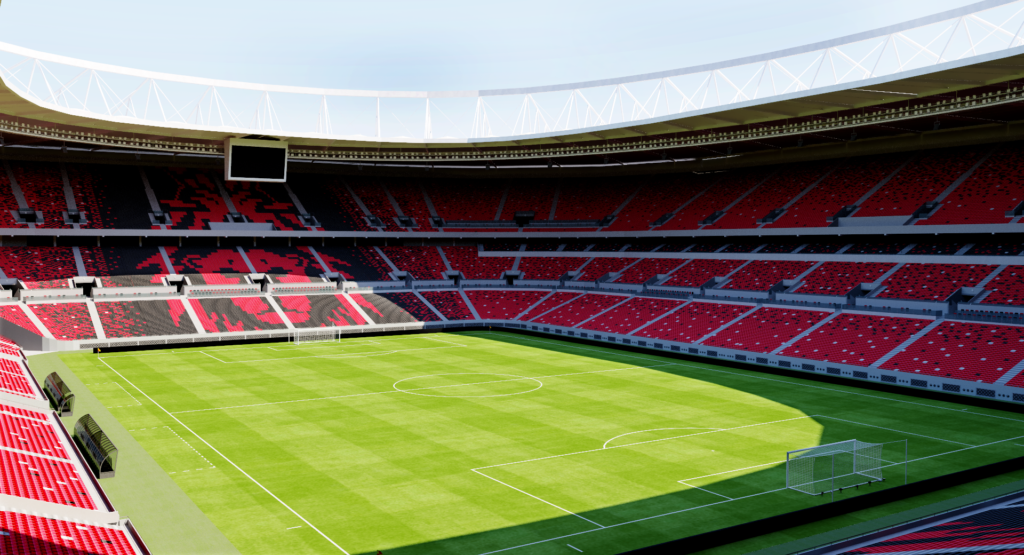 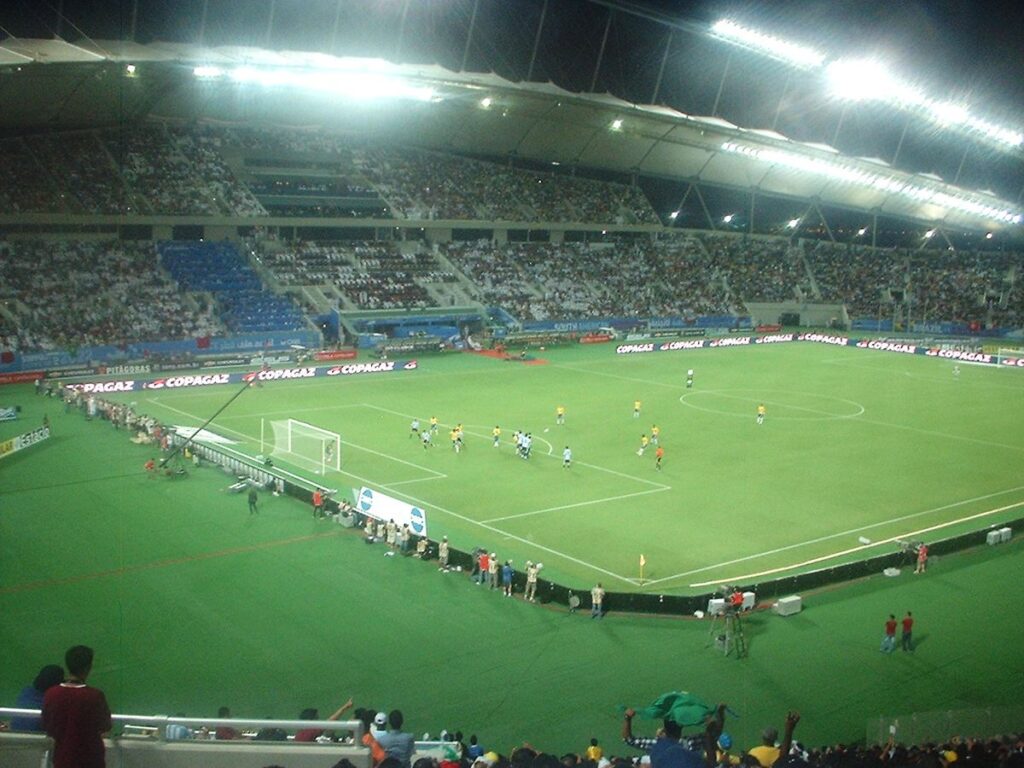 The newly renovated Khalifa International Stadium has been Qatar’s major football stadium since the 70s. The stadium then was built to be the flagship venue for the 1976 Gulf Cup. It was designed to seat 20,000 football fans. But can now accommodate twice the original design. It was eventually refurbished and renovated to meet FIFA’s standards. 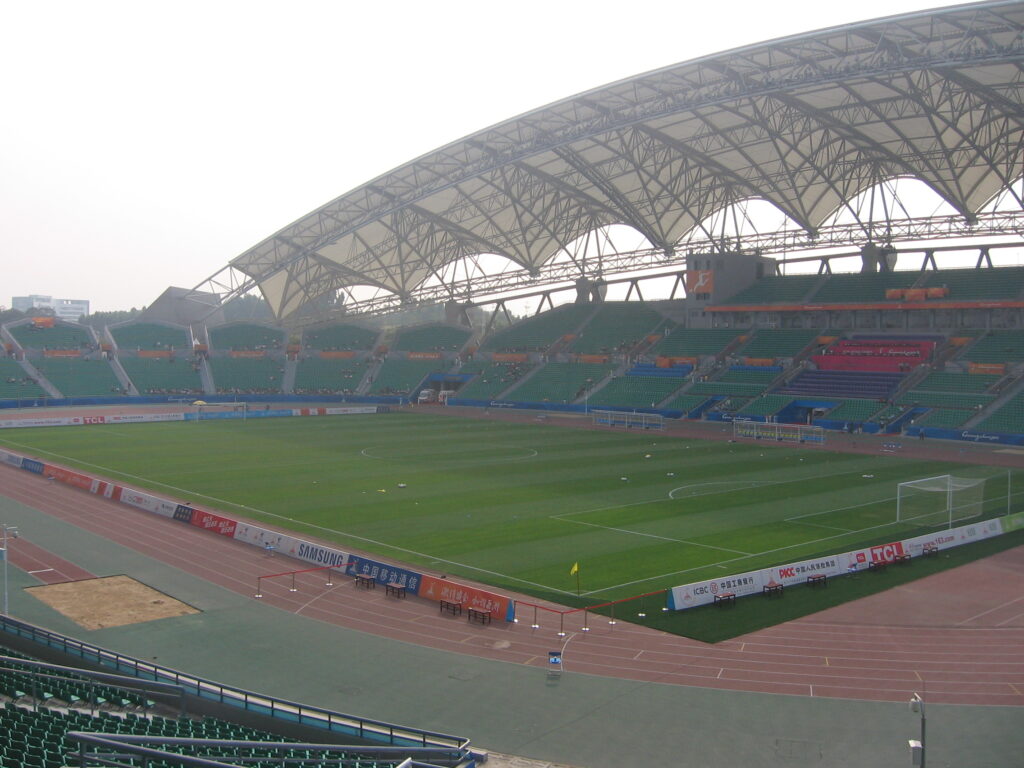 One of the eight stadiums in Qatar that will host the 2022 FIFA World Cup is the Education City Stadium. This 40,000-seat stadium is dubbed the “Diamond in the Desert.” This stadium features a pitch that is below sea level, offering a cooler temperature. This stadium had hosted the recently concluded 2022 FIFA Club World Cup match between Bayern Munich and UANL. 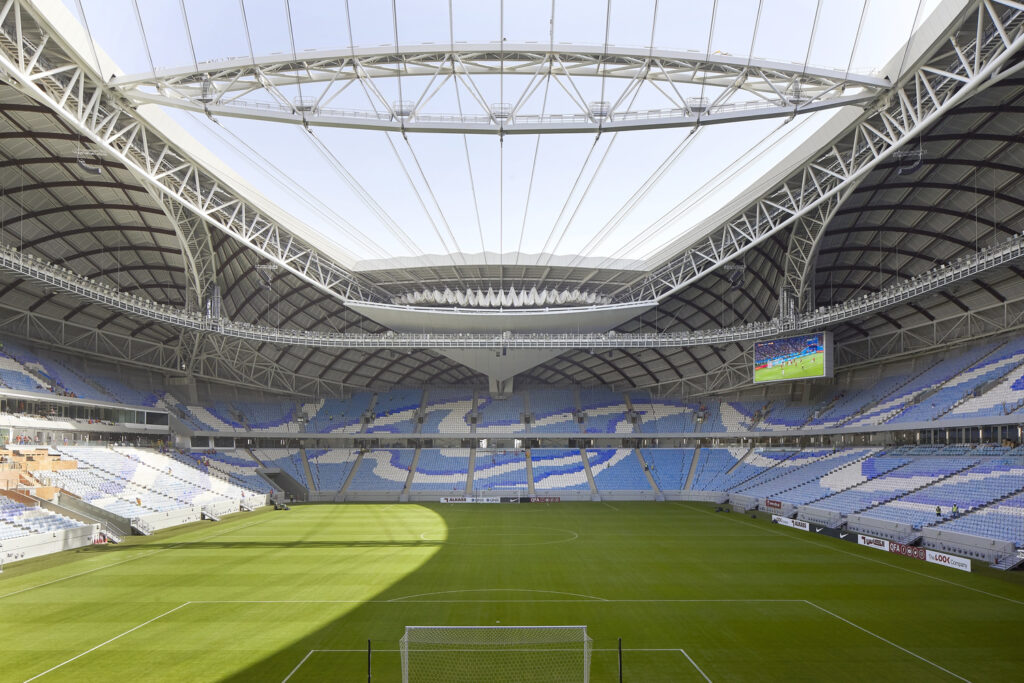 Ras Abu Aboud Stadium can accommodate up to 40,000 football fans. It was erected along the shore of the Gulf, just east of Doha near the Port and Hamad International Airport. The stadium sits on an artificial promontory. This stadium is built entirely of shipping containers and is 100% movable. It hosts seven matches up to the quarterfinal games. It had also hosted FIFA Arab Cup matches to ensure that the venue is World Cup-ready. 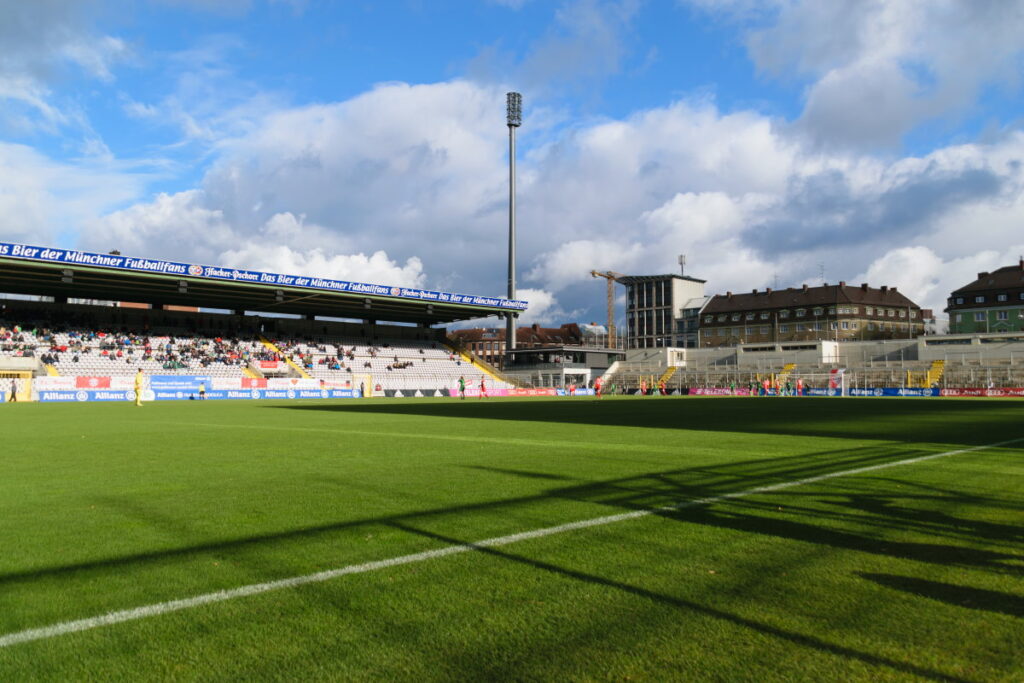 Lastly, one of the eight stadiums that will host the 2022 FIFA World Cup in Qatar is the Al Thumama Stadium. It was designed to look like a traditional Arabic head-wear. The Al Thumama stadium aims to show the world the country’s culture and the region’s tradition. As intricate as the gahfiya, the exterior design is truly a remarkable sight. The Al Thumama Stadium can comfortably accommodate up to 40,000 football fans. Construction started in 2017 and was completed on October 22, 2021.

These eight stadiums have been carefully designed and built to meet the standard of FIFA. Controversies have erupted every now and then but were eventually cleared. The issues sprung when the Human Rights Group and Amnesty International said that certain migrant workers were treated badly and unfairly.

What will happen to these eight stadiums after the 2022 FIFA World Cup?

Unlike in some countries that have hosted the FIFA World Cup, Qatar aims to show the world that sustainability can be achieved. They warrant that no infrastructure will turn into a white elephant.

Moreover, the eight stadiums will be retrofitted and refurbished, and will also be reduced to half of their original capacity. This would make it more viable and easier to maintain and manage. Excess seats will be donated to other countries willing to build their own stadiums. Portions of the buildings will either be removed or will be repurposed to pave way for other uses.

Furthermore, the stadiums that will host the world cup in Qatar are designed to make the thousands of football fans who will flock to the country comfortably. Most of the power to cool the stadiums comes from the sun. Also helping in keeping the venues cool and comfortable are the unique and innovative designs of these stadiums. Remember these stadiums are in the Middle East where temperature can be harsh depending on the season.

Qatar had always been championing sustainability and practicality. And what better way to show the entire world but these eight innovative stadiums that will usher new concepts and ideas when it comes to stadium building. These eight football stadiums are testament that Qatar is truly an emerging sporting hot spot not only in the Gulf region but in the entire world.