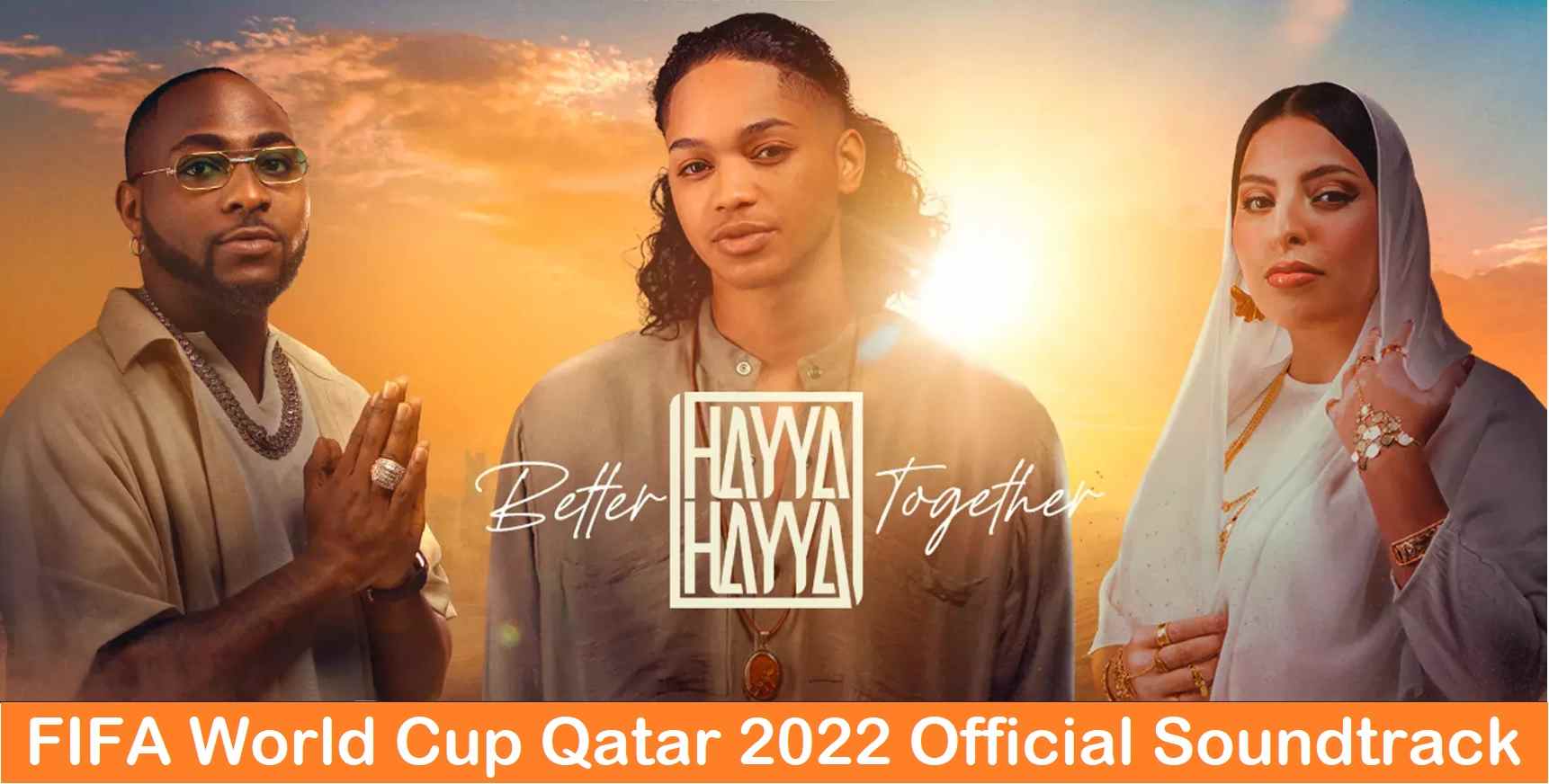 Qatar World Cup 2022 theme song has been released. According to many source, this is the first time that the football World Cup will not have a single song rather; it has a multi-song collection that features several international artists along with different musical genres.

Since the football fans are waiting eagerly to welcome to the FIFA World Cup 2022, the theme song Haya Haya gives solace to their heart. Considering the FIFA World Cup is a high-profile sporting event taking place in Qatar, the song has helped make this tournament extremely popular.

The meaning of Haya Haya is “Better Together”. In the current global developments, staying and playing together has become the most important to overcome the various global crisis. This theme completely reflects the inclusiveness of the world and humanity. Despite the fact that one may be different in terms of geography, language, religion, and race, when it comes to sports, all are one. All over the world, football fans are accepting this morale expressed in the theme song.

Trinidad Cardona, Davido, and Aisha have all been featured in the “Haya Haya” song. All these artists have jointly performed to make this song a success and it is also popular among various countries. This song contains culture, tradition of Qatar perfectly. This is the reason, this song is very much popular worldwide.

One thing is to keep in mind that, the song Haya Haya, has been planned to include several international artists which are why the popularity has multiplied, and the fan base of these artists accepts this song wholeheartedly.

It is also important to note that, this is the first time World Cup will not be a single song rather & come with  multiple-song collection that is performed by several international popular artists. To deliver the best impression to the worldwide fan base, different musical genres have been incorporated. Since football is the most popular sport in the world, there are billions of people who love to watch this event and the song by multiple artists will serve s solace to the heart.

An official statement being released by FIFA stated that the announcement of the single and subsequent tracks is meeting the FIFA sound strategy. This is crucial because the mission is to connect with people across the globe and to make global outreach stronger. Apart from that, the song serves the main objective to get connecting with football fans.

According to Trinidad Cardona, one of the artists of the Haya Haya song, one can experience a good mood just after listening to the beautiful track. He would feel like part of the celebration that FIFA wants to deliver to every football fan across the world.

The Haya Haya song is truly a masterpiece. The song shows inclusiveness by wide spreading the word of togetherness all over the world.