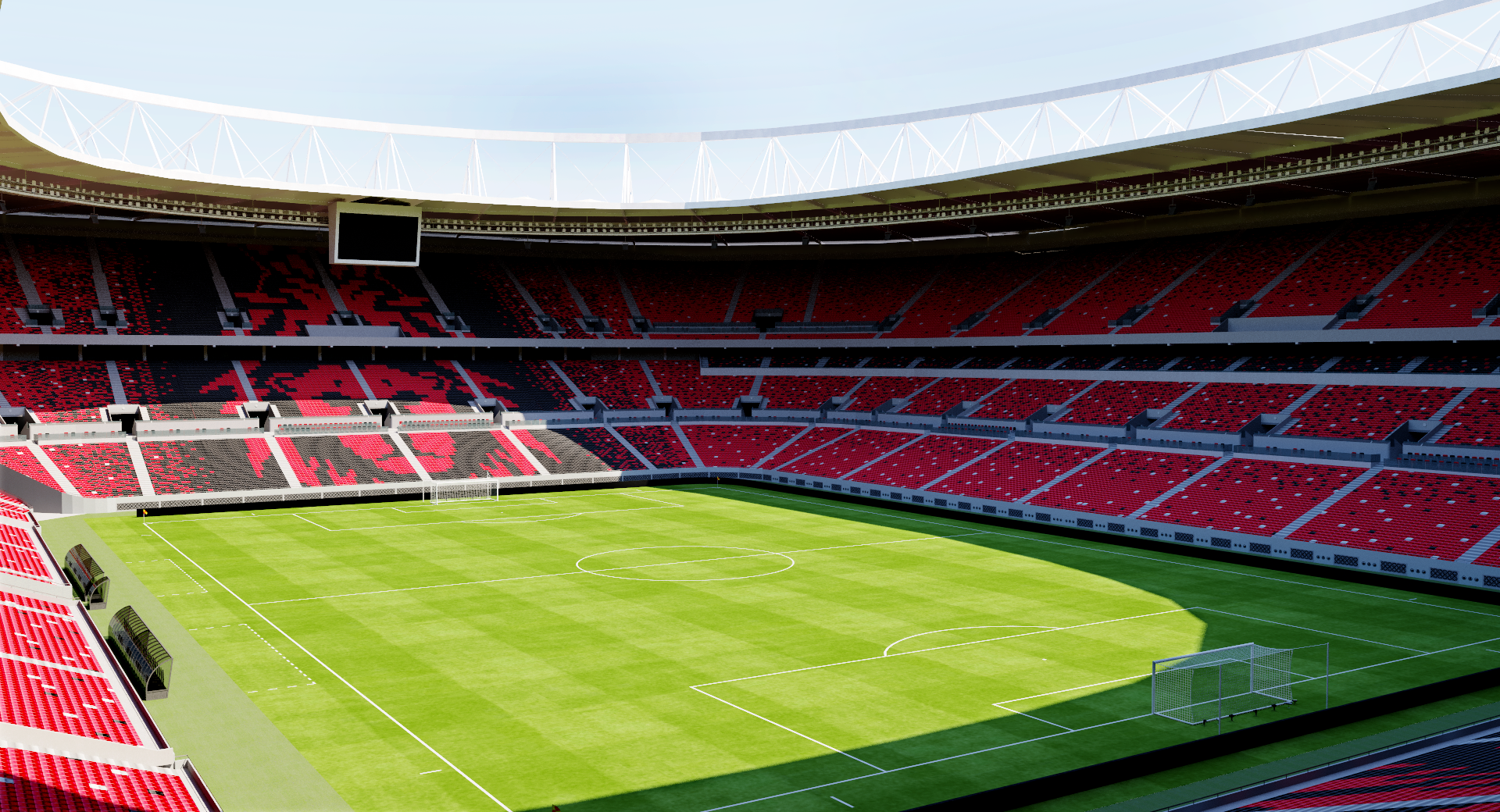 Located in Al Rayyan, the Ahmad Bin Ali Stadium will have a capacity of 40,000 seats. The city boasts of its popular football team as well as immensely supportive fans. It is also the gateway to the desert and has always been active when it comes to environmental concerns.

The stadium also takes pride in its advanced sound system that can make any announcements very clear and audible. It is located on the edge of the wilderness, allowing spectators to experience a different environment like the beautiful sand dunes. It was opened last December 18, 2020, and was the venue for the Amir Cup finals.

The facade shows a flawless and sleek surface. The design mainly depicts the deep elements embedded into the culture and Islamic architecture.

It has a shield pattern that symbolizes strength and unity.

The cooling technology found in this stadium is very impressive, It employs Computational Fluid Dynamics which helps maintain a comfortable temperature at 260C.

Furthermore, the Ahmad Bin Ali Stadium blends the symbols of Qatar and mirrors its scenic landscape to the visitors, showcasing what the country can offer. The two future-proof broadcast infra allows them to be seen all over the world, and let football fans experience Qatar wherever they may be.

What are the other venues found near Ahmad Bin Ali Stadium?

Aside from the football stadium which is a tourist destination by itself, football fans can go to the Mall of Qatar, the Al Wajbah Fort, and the Sheikh Faisal bin Qassim Museum.

Before the kickoff or after the final whistle, fans can then troop to the mall for some shopping or to just relax and enjoy what Qatar can offer. Or they can go back in time by visiting the fort which has provided protection to the Sheikh and his army from the invading Ottomans. The thick walls and watchtowers show the ingenuity of the people in the area. Lastly, the Sheikh Faisal bin Qassim Museum where you can see a range of rare and expensive cars.

The Ahmad Bin Ali Stadium after the 2022 FIFA World Cup

From 40,000 seats, it will be reduced to 20,000 seats and most of the areas will be converted into other facilities. This allows them to reduce their carbon footprint and save resources. Sustainability always comes to their mind in all the stadiums that will participate in the 2022 FIFA World Cup.